Why You Need Internal Penetration Testing: Cloud Security Is More Than Skin Deep... 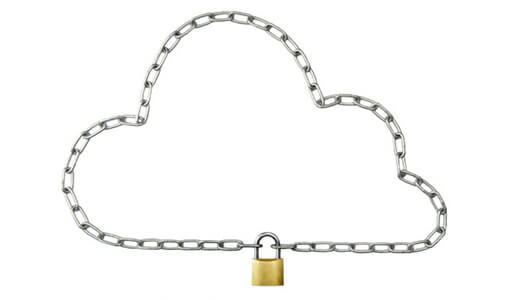 It’s not just your external IT environment, but also internal networks and applications that must be secured against breaches. While external penetration testing has become common practice, compliance with the Payment Card Industry Data Security Standard (PCI DSS) also requires the lesser-known internal penetration testing. Internal pen testing should be performed at least annually, and following any significant modification or upgrade to applications or infrastructure.

Individuals with ‘insider’ access, and updating applications, are common situations that carry a potential risk of a security breach. For this reason, internal pen-testing needs to become routine, alongside external pen-testing.

Even SAP users of shared business-critical applications – such as Enterprise Resources Planning (ERP), Human Capital Management (HCM) and Supply Chain Management (SCM) – are finding security gaps to be a common issue. These gaps often arise from the lack of visibility in SAP and uncoordinated internal security procedures, without proper security strategies in place. This is why routine internal pen testing is strongly recommended for SAP users.

Cloud computing has exploded into the mainstream, and has evolved to a preferred solution for data storage, service on-demand and infrastructure. Many organisations use shared, multi-tenant environment cloud services, which is where the issue of cyber security arises. There are several challenges to securing cyber assets within the cloud.

Who is responsible for cloud security?

First, it’s important to consider who is responsible for cloud security. There have been several incidents of breached cloud environments by cyber attackers. High profile attacks include those on iCloud, Target, Home Depot, Sony Pictures and the United States Internal Revenue Service. All these attacks took place due to loopholes in public, private and hybrid clouds through various attack vectors. In these instances, the Cloud Service Providers (CSPs) cannot be blamed exclusively for the security breaches.

It’s a common misconception that CSPs are solely responsible for the cyber security of information in the cloud. In fact, responsibility also falls to the organisation itself. It is your obligation to ensure that what you upload to the cloud is secure – whether it’s customer information, platform and internal applications, internal network, access management and data encryption. CSPs are really only responsible for securing the basic infrastructure that supports the Cloud. Internal penetration testing should, therefore be applied to your cloud environments as well.

Internal pen testing for in-house infrastructure can be performed by a highly skilled internal IT team or a trusted third party service. Pen testing a cloud environment is, however, somewhat different.  Many CSPs don’t allow pen testing because they have multi-tenant platforms and the test may compromise the security of other user organisations.

Here are the alternatives for internal pen testing cloud environments:

It’s important to understand the limitations and types of pen tests Cloud Service Providers allow, and to seek authorisation before performing them. Security of applications and data in the cloud is still a process that needs meticulous planning and constant vigilance.

How to Respond to a Data Breach: 6 Initial Steps to Take

Worried about a data breach?

How you respond to a breach can have a huge impact on the...

Cyber Security Vulnerability: Signs Your Network & Systems May Be Weak

Cybersecurity is a must for every organisation, as cybercriminals become more...

Social Engineering is a severely damaging cyber security threat that takes advantage of...